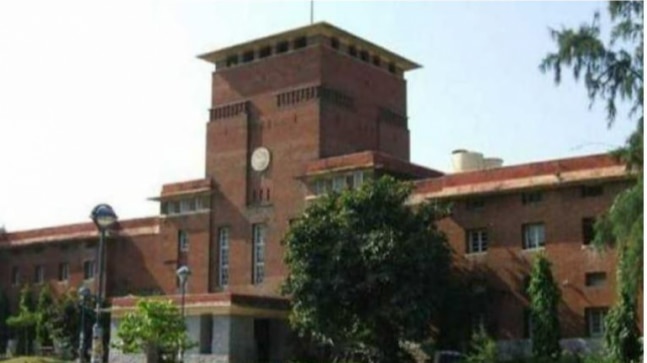 2 Delhi University colleges offer IAS coaching, DU says colleges are not allowed to do so

Two colleges of Delhi University, Swami Shraddanand and Hansraj, offer IAS coaching. However, the university says these are “purely government-funded academic institutions” and cannot do so.

While Hansraj College has been providing IAS coaching in association with a private institution – Beacon Institute – since last year, Shraddhanand College recently issued a notification in this regard, said DU Academic Council Member Dr. Alok Pandey .

Dean of Colleges at Delhi University Balaram Pani said an investigation would be undertaken as colleges are not allowed to do so.

“Colleges are not allowed to do this. They are educational institutions. They cannot start teaching students. I will request an investigation into this. They are purely academic institutes for academic purposes. They can’t just tutor those who pay and leave other students behind,” he said, as reported by PTI.

IAS CLASSES IN THESE COLLEGES

According to the Hansraj college official website, the amount of fees varies on the basis of class 12 percentage. The minimum fee for a three-year coaching program is Rs 75,000 and the maximum is Rs 1,50,000.

“The mode of payment for course fees is Demand Draft/NEFT/Cheque. These instruments are to be drawn in favor of ‘Principal, Hansraj College,'” the notification reads, as reported by PTI.

Also, admissions for IAS courses at Hansraj are open to all students of the University of Delhi.

The principal of hraddhanand College, Praveen Garg, said he planned to start coaching in the coming months and that the decision to start such a program had been made “independently”. According to the notification, the fee for three years is Rs 1,50,000. Students will receive 25% scholarships.

“The institute will first offer introductory courses to students in June, then we will start enrolling students for coaching. The decision was made independently and the university has not been informed” , he said, as reported by PTI.

On the other hand, DU VC Yogesh Singh said there is no idea that these colleges provide such mentorship.

Ukrainian students will get scholarships and free tuition

Can College Courses for High School Students Attract Families to LAUSD? – The 74

Entry for 7,000 PG places at Lucknow University, colleges from September 10 |…